The New Era is back, in a Major way.​ 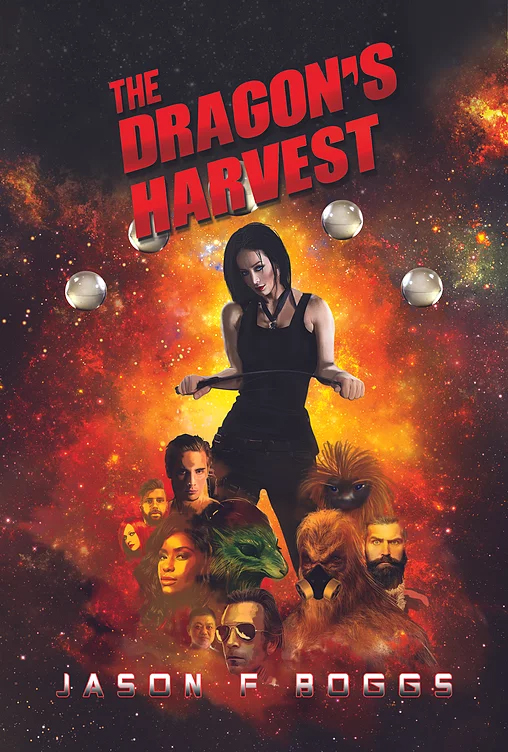 The Dragon’s Harvest is book two of the Dragon trilogy, set 20 months after the tumultuous events of “The Devil’s Dragon”, however, it is not essential to read book one first. Nelson is on a journey of horrifying discovery as an expedition to uncover the mystery of the sungates leads to a terrible secret. This time the Humans and the Aesini are fighting for their very existence as Nelson’s nemesis, Major Ira Bilis, finds a terrifying new ally in her quest to restore the New Era to its former glory. Nelson and his friends must now race against the clock and against all odds to defeat this new threat – A power beyond imagination! Book one focused more on Nelson, this one leans more toward Ira and she tells her story!

“The storyline is intense! The author did an exceptional job of developing the characters so that nothing about them is black or white. The settings are unique and vividly described in this well-built world”

T”A rip-roaring romp of a book… kept giving me this excellent blockbuster atmosphere throughout”.